Troy Culture Route is now listed among the cultural routes of Turkey labelled by the Culture Routes Society, a member of European Institute of Cultural Routes and Word Trails Network.

Not a week goes by without another hiking route coming into being, and every new route that is opened offers varied and exciting opportunities for hiking/trekking lovers. There is a new hiking trail that I very recently completed: The Troy Culture Route. Being the newest member of our Society, it takes its place among the growing family of Cultural Routes of Turkey.

The year 2018 was the 20th anniversary of Troy’s entry into the UNESCO World Heritage List and the Ministry of Culture and Tourism declared 2018 “The Year of Troy”. The Troy Culture Route project was implemented by the Çanakkale History and Culture Foundation (ÇATKAV) in partnership with the Governorship of Çanakkale under the rubric of the “Future is in Tourism” programme that the Ministry implemented in cooperation with the United Nations Development Programme (UNDP) and Anadolu Efes Corporation.

The Troy Culture Route is located in Çanakkale province, in the region known in ancient times as the Troas. The route is approximately 120 kms long. It starts at the fabled city of Troy and runs south to end at the antique harbour of Assos, where Aristotle had his Academy of philosophers. The route begins at the new Troy Museum (also opened in 2018), and passes through the settlements of Yeniköy, Geyikli, Akçakeçili, Kösedere, Gülpınar and Bademli before reaching Assos.

The Troy Culture Route passes through or passes close to a number of important archaeological and historical sites. The first of these after Troy itself is the Pavilion of the late 18th century Ottoman admiral Cezayirli (Algerian) Hasan Pasha; next comes the Tumulus of Achilles, the hero of the Trojan War, and then the site of Alexandria Troas, dating from the 4th century BC. Further on, the impressive Baths of Atticus were built in the 2nd century CE; next comes a multi-arched Roman Bridge, and then a Roman Road. The last site before Assos is the Temple of Apollo Smintheus (Smintheion).

The trail is highly satisfying 7-day hike for enthusiasts of archaeology and history, and deserves to be widely known. It has great natural as well as cultural appeal, and is best hiked in the spring or autumn months. 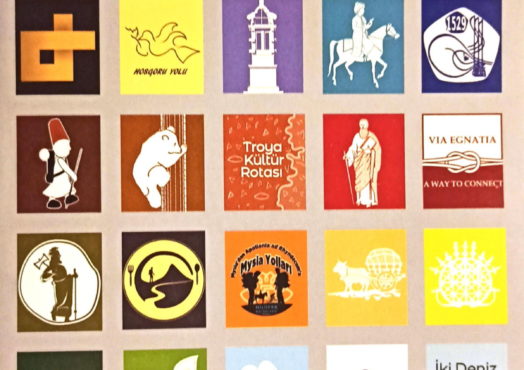 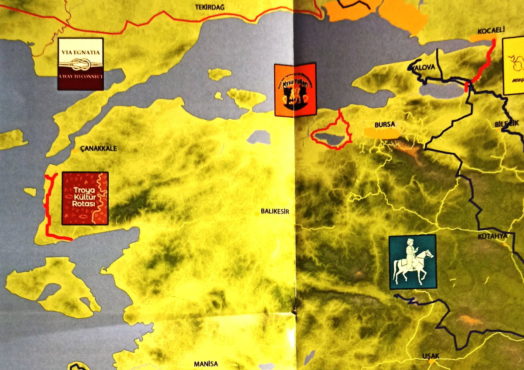