Çanakkale is a northwestern Anatolian city, situated on the narrowest shore of the Dardanelles Strait. The province of Çanakkale has lands in both Europe and Asia, just like Istanbul. The population of the central districts on the Anatolian side is 165.517 according to 2016 data. On the European side, there is the Gallipoli Historical National Park, where the First World War took place. Transportation between the two continents is provided by ferries and the ferries depart from the port in the city center.

In addition to the original “Trojan Horse” from the Hollywood-made Troy movie, which is exhibited on the coast of the city, it has several cultural values and attractions such as the Naval Museum, the Ceramic Museum, the City Museum, the State Fine Arts Gallery, and the historical bazaar. It is an important center in the region’s transportation junction with its hotels and restaurants. 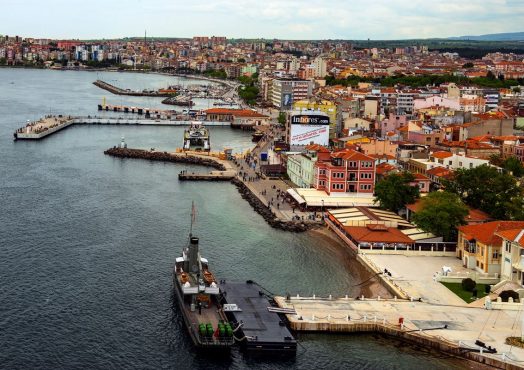